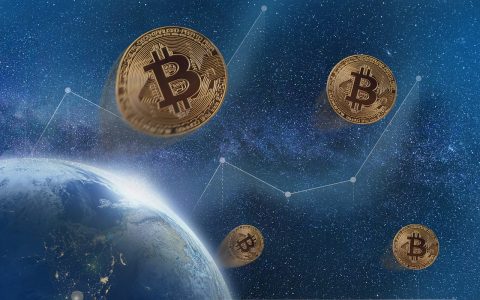 There had been a big announcement and also the expectations had been high on the admission of the futures business with Bitcoin at the exchange CBOE in Chicago. Right at the beginning of the trade, the server collapsed under the onslaught of the order, later trading had to be temporarily suspended because the price was capricious.

And how has the real Bitcoin price evolved? It went on up. This is not particularly surprising, as more and more investors are pushing into this market – especially from Asia. After all, quick profits attract. It is also hardly surprising that experts are overturning the mention of exorbitant price targets.

The Winklevoss twins, who have become famous through a lawsuit with Facebook, are already ranting about a gold disruptor with regard to Bitcoin and expect the price to increase ten-fold to twenty-fold in the medium term – at least if the capitalization of Bitcoin equals that of gold.

The chief economist of the German Commerzbank also played with the calculator. He is quoted by the Reuters news agency with the extrapolation that a Bitcoin would theoretically be worth $ 220,000 if all of the G7 nations’ monetary movements in the cryptocurrency were settled. As a means of payment Bitcoin is good, but not yet ready for the big move.

And Steen Jakobsen, CIO of Saxo Bank, has argued in the “Outrageous Predictions 2018” that Bitcoin’s rise would be spurred on by the emerging futures market. His forecast is: $ 60,000 per Bitcoin is possible over the coming year. Such exorbitant price increases also seem to be realistic from the point of view of many Bitcoin optimists, because there are not many ways to shorten Bitcoin with traditional financial products, or to speculate on devaluation.

So-called margin trading is the most common form of speculation on price losses at Bitcoin. Anyone who does not own bitcoins and still wanted to bet on price losses, so far only had the choice between a few short CFDs, ie contracts for difference, and structured products such as short mini-futures with the cryptocurrency as the underlying.

Still In The Test Phase

With the launch of the Bitcoin futures in Chicago, the offer for investors is now being expanded. But even with the CBOE future, according to Manuel Dürr, Head Public Distribution Structured Products Leonteq, there is only limited possibility to speculate on falling prices. Few institutions are currently offering to short Bitcoin contracts on the CBOE.

Because if Bitcoin prices continue to rise as fast as they did recently, short-term speculators will quickly accumulate huge losses. Therefore, Interactivebrokers requires high collateral from investors. Rumor has it that Goldman Sachs will allow selected clients to play Bitcoin à la baisse. Many other banks, both in Switzerland and globally, are still aloof, checking to see if they allow their customers access to Bitcoin futures.

Which Future Will Prevails?

The attitude of many financial institutions probably has to do with the fact that they will probably wait to see which of the Bitcoin futures will prevail in the medium term. Because the offer will grow: The stock exchange CME in Chicago has already announced to offer a future on Bitcoin next week. And the US technology exchange Nasdaq is supposed to test such an offer.

In the futures business, a contract usually captures a large part of the trading volume – according to the slogan “the winner takes it all”. But until Bitcoin is ready, it will probably take a few more months or more. Only then will the influence of the futures market on the price development of Bitcoin be better foreseeable. It is quite possible that the BitcoinCourse will come under pressure with maturing and liquid futures trading, as traditional financial market participants become heavily involved in the asset class. Eric Blattmann, Head of Public Distribution Financial Products at Bank Vontobel, expects that Bitcoin’s market movements could be accentuated by futures.